The company’s last acquisition was in late 2020, when it purchased Nuance’s HIM and EHR go-live services businesses. DeliverHealth CEO Michael Clark, MBA was previously SVP/GM of Nuance’s provider solutions.

From: ROI Healthcare Solutions. “Re: Changes in leadership. We’re continuing to experience tremendous growth both within the US and internationally and are excited for our future and our ability to better serve our customers. The ROI team has increased from a staff of 12 people in 2014 to over 160 today. With growth comes change, and change can be challenging. The leadership changes that have happened at ROI have taken place over time. Some were voluntary departures, while others were strategic and forward-looking. We are forever grateful for the contributions of each of these individuals. They each helped bring us to where we are today with a solid foundation upon which to grow.”

April 6 (Wednesday) 1 ET. “19 Massive Best Practices We’ve Learned from 4 Million Telehealth Visits.” Sponsor: Mend. Presenter: Matt McBride, MBA, founder, president, and CEO, Mend. Virtual visits have graduated from a quickly implemented technical novelty to a key healthcare strategy. The challenge now is to define how telehealth can work seamlessly with in-person visits. This webinar will address patient satisfaction, reducing no-show rates to single digits, and using technology to make telehealth easy to use and accessible for all patients. The presenter will share best practices that have been gleaned from millions of telehealth visits and how they have been incorporated into a leading telemedicine and AI-powered patient engagement platform.

TimeDoc Health raises $48.5 million in a Series B funding round led by Aldrich Capital Partners. The company, which has raised nearly $60 million, specializes in helping primary care physicians virtually manage the care of their patients between office visits. 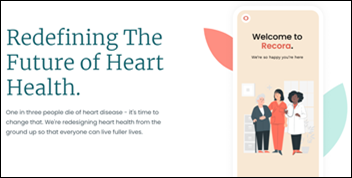 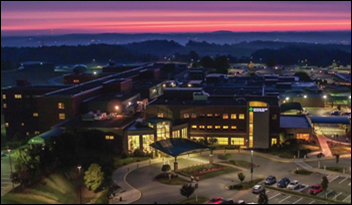 The US Supreme Court will not take up Epic’s challenge to an appeals court’s decision to cut the amount of damages it won in its stolen trade secrets case against Tata Consultancy Services back in 2017. A judge had initially awarded the company $940 million in damages, but that figure was later deemed unconstitutionally high and slashed to $420 million. 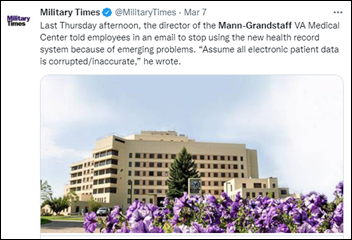 The VA and Cerner promise to perform a thorough root-cause analysis of the software bug that caused Mann-Grandstaff VA Medical Center and associated clinics in Washington and Idaho to take their Cerner EHR offline and revert to paper records earlier this month. The troubled roll-out of the new system at Mann-Grandstaff, the VA’s initial go-live site in its projected $16 billion facility-wide Cerner implementation, has prompted several lawmakers to call for the postponement of future implementations. 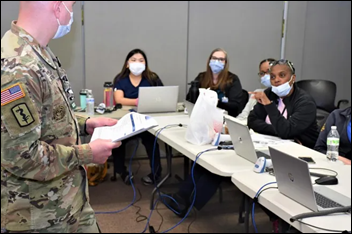 Carl R. Darnall Army Medical Center (TX) at Fort Hood, the 71st Medical Group at Vance Air Force Base (OK), and Womack Army Medical Center (NC) at Fort Bragg have gone live on Cerner as part of the DoD’s MHS Genesis EHR overhaul. The new system will be deployed in several more waves this year to 54 facilities, the DoD’s largest group in any calendar year. 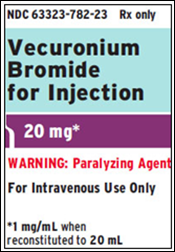 The trial of a former Vanderbilt University Medical Center nurse accused of reckless homicide and impaired adult abuse begins this week. The charges stem from a medical error in which she injected an elderly patient with the paralyzing agent vecuronium (Norcuron) instead of the ordered sedative midazolam (Versed), which was intended to to overcome the patient’s claustrophobia before having a PET scan. As I mentioned when she was first charged, the nurse withdrew the wrong medication from the automated dispensing cabinet after typing in the letters VE for versed, then after not finding the drug’s name, overrode the system to gain access to the vecuronium. The patient was left alone in the scanner for up to 30 minutes where she experienced cardiac arrest and brain death, then died the next day after life support was turned off. In testifying before the nursing board last year, the nurse said that Vanderbilt encouraged overrides when necessary to overcome cabinet delays and constant technical problems caused by the system-wide transition to Epic.